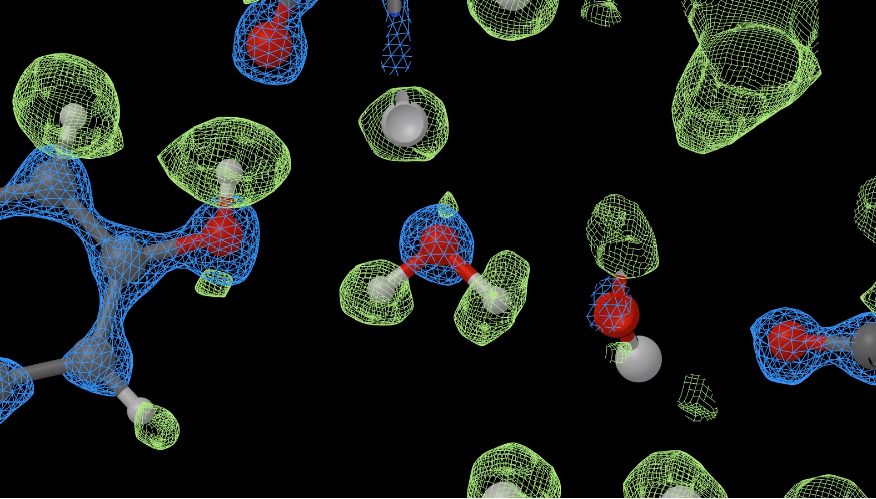 The resolution revolution is here. Scientists from renowned research centers have achieved important advances in the structural biology sector by reaching atomic resolution.

Last 21 October 2020, Radu Aricescu’s and Sjors Scheres’ groups, from MRC Laboratory of Molecular Biology in Cambridge (UK), were able to resolve individual protein atoms for the first time in a three-dimensional cryo-EM image. In collaboration with scientists at Thermo Fisher Scientific and elsewhere, they obtained a structure of 1.7 Å resolution of a form of the receptor γ-aminobutyric acid type-A (GABAA) that was designed to be more stable than the common form found in humans.

At the same time, investigators from MPI for Biophysical Chemistry in Göttingen (Germany) took advantage of technological improvements to determine the structures of a stable iron-storing protein called ferritin to a resolution of approximately 1.2 Å. The method used has been single-particle cryo-EM, which enables the location of individual atoms within a protein.

In recent years, Scientifics have reached high levels of detail in their analysis of protein structures due to electron cryo-microscopy (cryo-EM) techniques. But now, they have broken the atomic resolution barrier, reporting the sharpest images yet obtained.

These developments have been both published in Nature. They will help researchers gain a better understanding of how proteins work in health and disease. “This is just amazing,” says Melanie Ohi, a cryo-EM expert at the University of Michigan.

Sjors Scheres, the leader of Cambridge group, says that atomic resolution their 1.2-ångström structure was so complete that they could pick out individual hydrogen atoms, both in the protein and in surrounding water molecules.

Another cryo-EM specialist at the University of Tokyo, Radostin Danev, has also expressed his opinion: “Everyone is very excited and amazed by the truly astounding level of performance demonstrated by the MRC-LMB and Max Planck groups”.

What is Cryo EM?

Cryo EM is a technique that determines the shape of flash-frozen samples by firing electrons at them and recording the resulting images. Cryo-EM has been around for decades. But since 2013 it is becoming an essential tool for investigating the structures of proteins and other biomolecules.

Indeed, three cryo-EM pioneers, —Joachim Frank of Columbia University (USA), Jacques Dubochet of the University of Lausanne (Switzerland) and Richard Henderson of the MRC Laboratory of Molecular Biology (UK)— were awarded the 2017 Nobel Prize in Chemistry for their work.

CryoEM technique needs computing power based on GPU Workstation or Server. In addition, this technique demands a lot of space to deal with data. The receptor γ-aminobutyric acid type-A (GABAA) project has used about 100 TB disk space data.

Popular gaming graphic cards (GPU) has been used as a core computing power in the last few years. They are much more faster than classical CPUs alone.

Finally, software is a key piece in the global Cryo-EM process. On November 18th Scipion 3.0 has been released establishing a new standard. Scipion is an image processing framework to obtain 3D models of macromolecular complexes. Under this framework you can use Relion 3.1, GCTF, Motioncorr, Chimera, Cryolo and other software packages.